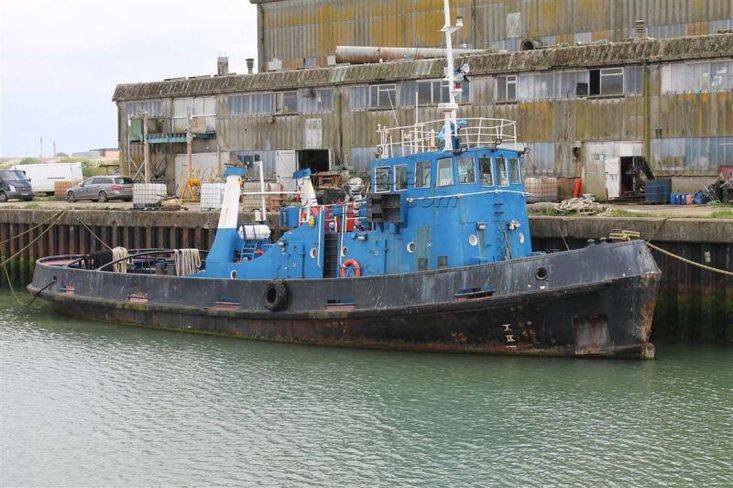 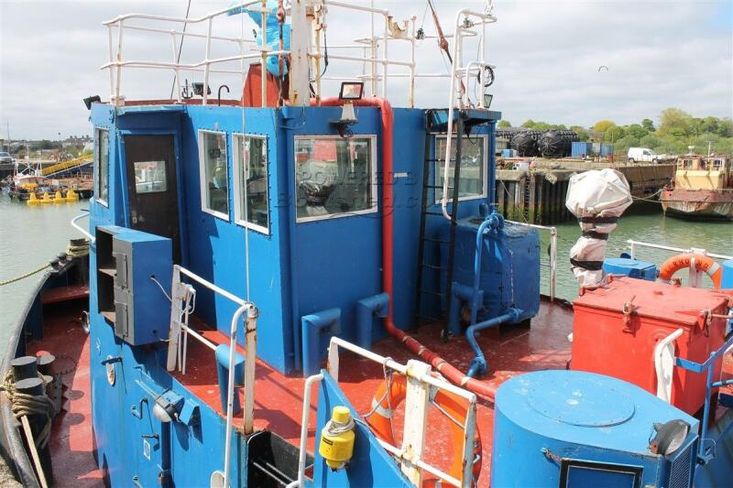 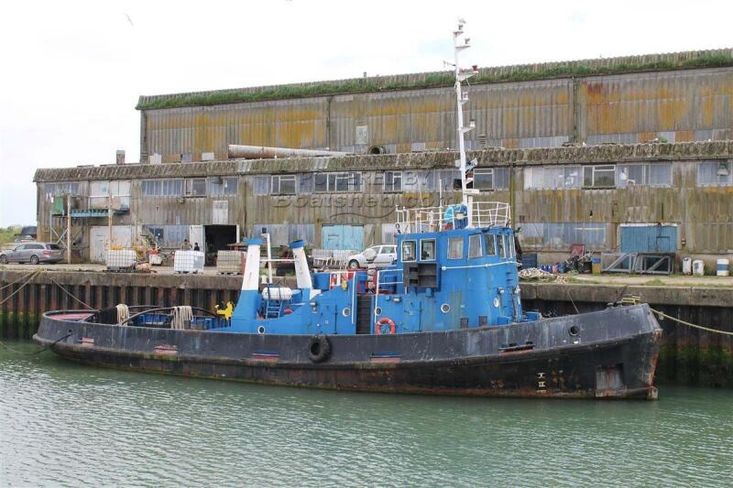 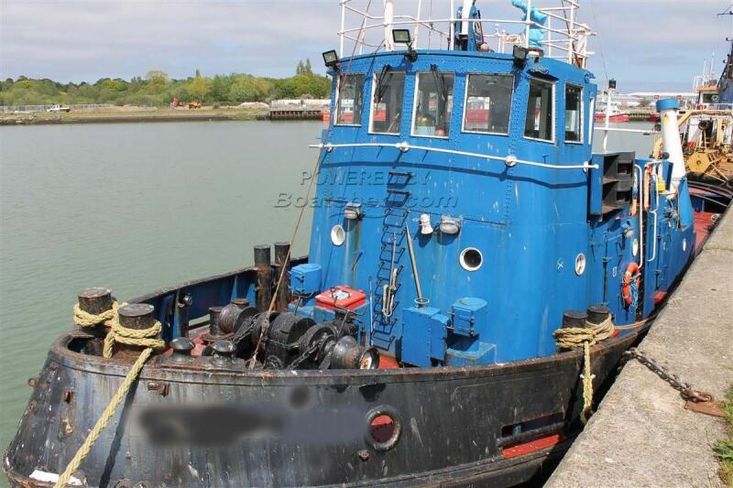 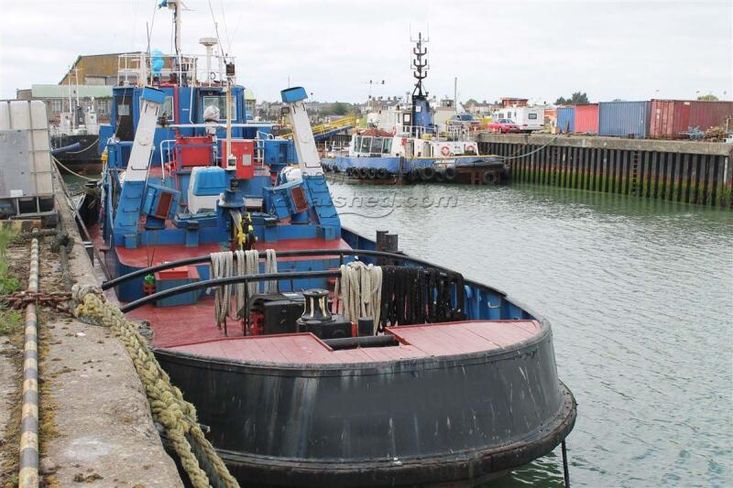 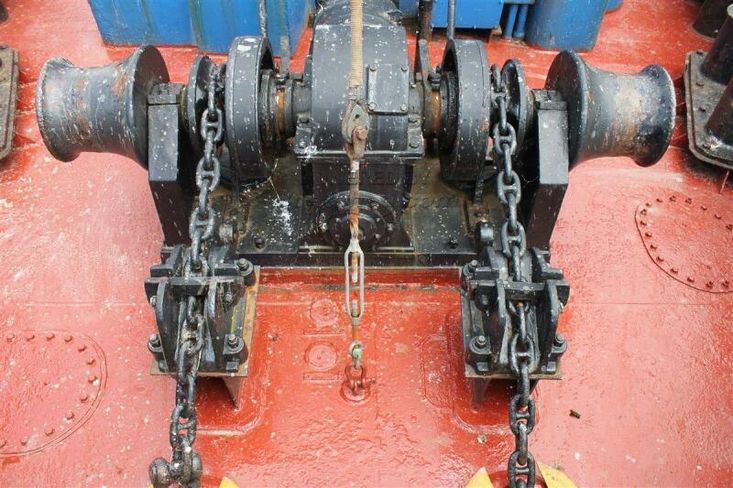 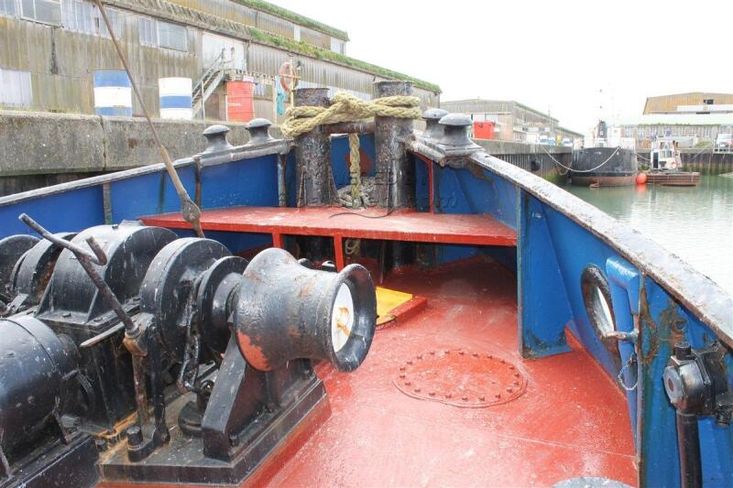 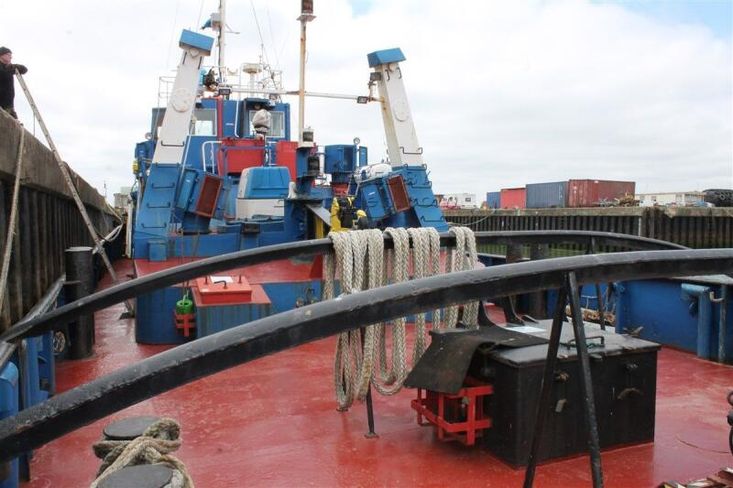 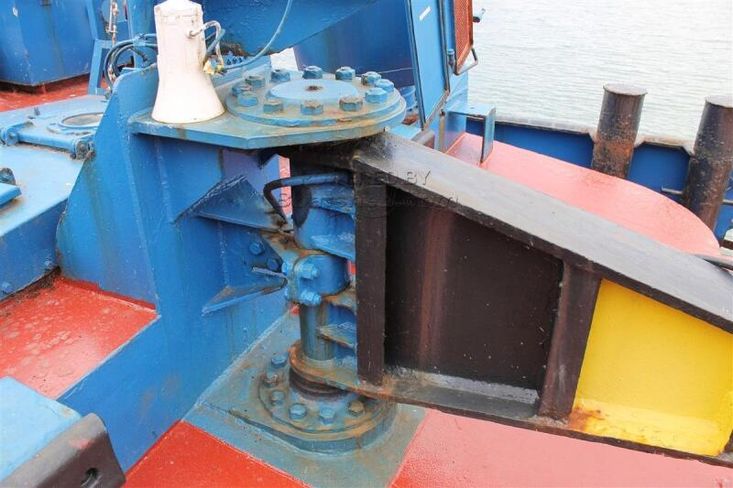 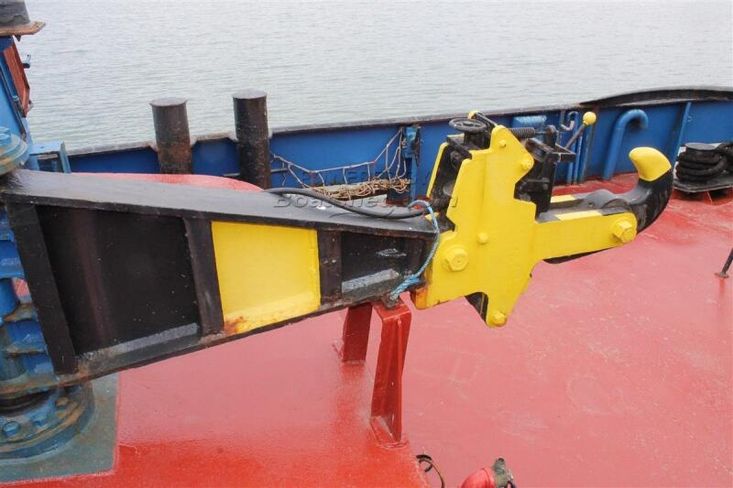 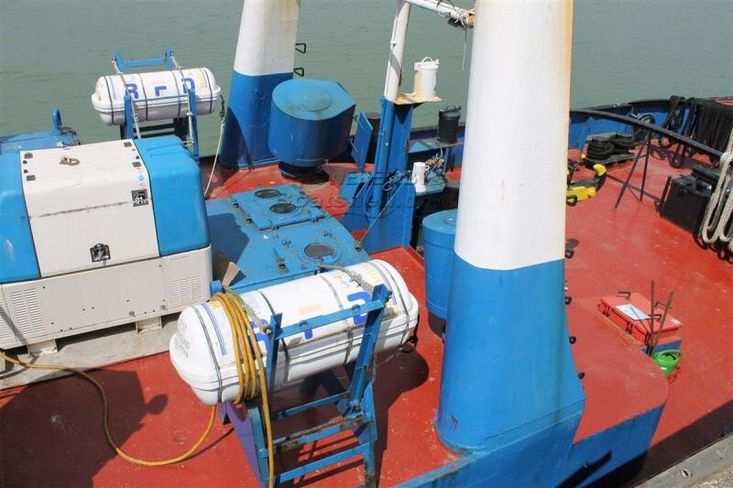 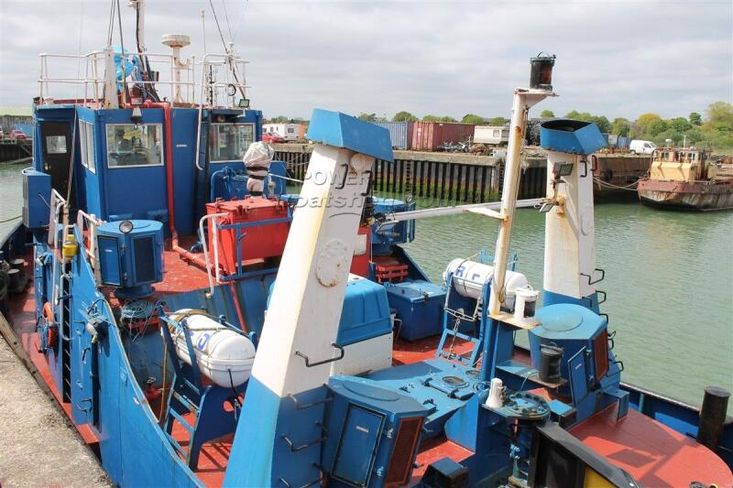 Here we have a "real boat"!
This 28M steel tug is a complete, seaworthy package and has many years of commercial service left in her or would make an ideal and very different "stand-out" livaboard project. This boat is in full working order and has a presence that has to be experienced.
The boat drives and runs as it should according to the owner, and she can be delivered by the current owner anywhere in the world at cost. This "Dog class tug" was designed by the MOD and built by Appledore Devon in 1966. She has 5 cabins on two decks with bunks and facilities for 7 crew. Up top is a full sized wheel house with full controls from this station. The boat has a further galley on the main deck and two heads and shower rooms. She has twin engine driven DC genegerators in the engine room plus a seperate 30kva 240V on deck genset.

She is rated at 17T bollard pull and is powered by twin Lister Blackstone 660hp Engines with stated 8000 hours, running twin screws through twin, two speed reduction gearboxes. The engine room also has a separate engine driven fire monitor pump for fire fighting with the monitor head mouthed on the wheelhouse.
This is rare opportunity to own a very capable and large vessel that can go just about anywhere in the world

These boat details are subject to contract.
Note: Offers on the asking price may be considered.

This Appledore Devon Motor Tug Dog Class Tug has been personally photographed and viewed by Stephen Biggs of Boatshed Suffolk.